Bristol-based indie-pop / electronica artist Hector Who Lived is due to release his debut single ‘Monkey’ on October 15th.

Hector has an array of musical achievements under his belt since his move to Bristol in 2017, having played venues such as The O2 Academy Oxford, The Bullingdon, Jericho Tavern and Truck Festival with his band ‘The Outside’. With his current band Try Me, Hector has a variety of festivals coming up this year including Dot To Dot. Hector has also featured on a charity album ‘Poland Has A Task’, alongside Lynks, Jessica Winter, Brodka and more; raising awareness for Women’s and Queer rights in Poland. 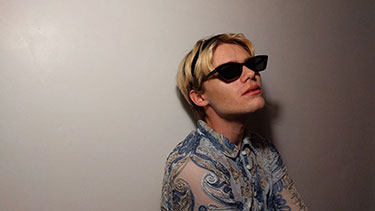 His upcoming single Monkey was written when the first lockdown hit as an acknowledgement of one’s headspace being the first step towards self-help. With sharp DIY production and earnestly self-aware lyrics, it’s a raw communication of mental struggles throughout lockdown and slipping into bad habits. Noise samples from a gameboy are sprinkled throughout to add texture to the track. The song widens as it drops into the chorus where it sits atop a pulsing, funk-infused electronic bass. It reaches its pinnacle as it enters the final chorus; the vocals becoming stronger and more confident as they represent the willpower to get through bad mental states.

Monkey feels like a mature, dedicated and introspective release from an artist best known for lighthearted and story-based music. The space in the groove is remarkable, and the word play and vocal performance are heartfelt and deadly. The stand out feeling however, was that it sits close to Hector’s soul, in a way that only solo releases can. 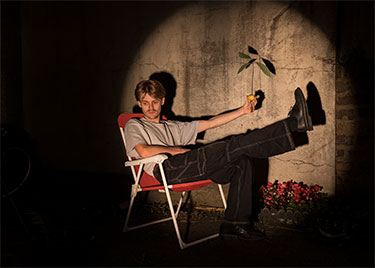 The music video, filmed and edited by Hector and his partner Atlanta, compliments the song with retro colour burns that take influence from 1970s TV and effects. A dark and noisy visual which reflects his notes in his lyrics, moody monochromatic mirrors and visuals feed into his monkey moves in a puppet like fashion. Bursts of saturated colour are given to us closer to the climax as if to introduce a glimmer of hope to his mindset, which comes to a close with the last chorus ending abruptly without cadence as if to leave his mindset unresolved.

A week after its digital release comes a live version of Monkey on October 22nd. The performance was captured in a friends lounge using a projector which Hector used to create a video feedback loop; a visual effect Hector plans to explore more to incorporate into his live performances in the future.

‘Monkey’ is due for release October 15th to Sugar Shack Records and will be available on all major platforms. 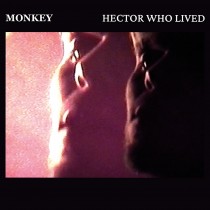 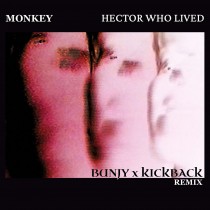