Bristol Archive Records came from seemingly nowhere when the label in early 2011 dropped the acclaimed compilation Bristol Reggae Explosion. This release has been followed by several hard to find roots reggae gems by Bristol-based artists. United Reggae got a chat with label owner Mike Darby to find out more about him and his many projects.

He started his music career as a singer in 1979 with the reggae/two tone/ska band The Rimshots. The band put out a couple of singles and played with The Beat, The Bodysnatchers, Black Roots, Talisman and acclaimed dub poet Linton Kwesi Johnson.
Six years later he ventured into band management and launched Sugar Shack Records focusing on British rock artists. The label recently switched direction though, and from 2012 and onwards Sugar Shack will be putting out contemporary British reggae acts.

In music terms, Bristol is primarily known for the genre trip-hop and artists such as Tricky, Portishead and Massive Attack.The reggae scene has however also been thriving ever since the 70’s in different shapes and forms, and the main aim for Bristol Archive Records is to put many more or less unheard of reggae artists on the map and put the record straight.
“For me it’s the untapped and unreleased gems that have fallen through the cracks of time,” explains Mike Darby, and continues:
“The expectation is minimal from the artists so its amazing seeing these people get a break some 25 or 30 years later, smiling, being proud and getting excited about roots music again.”

And the response on the releases so far seems to please Mike. And one word sums it up well.
“Amazing,” he states, and explains:
“I can’t believe the response from all around the world. The records sell, the artists have a second chance and we are one big happy Bristol family – taking on the world and spreading our sounds.”

Thanks to the success of Bristol Archive Records Mike has also changed direction of his other label – Sugar Shack Records. Its first reggae release is the 12” Sound History Volume 1 by AMJ Dub Collective, released on 23rd April 2012.

“The success of the Bristol Archive Records means that Black Roots, Talisman and now Joshua Moses are back out in force spreading their message via live performances. It just made sense to support them and their new material by having a record label that can work with them,” says Mike, and further explains the company’s direction:
“All things reggae from Bristol and the rest of the UK if we can discover the talent on our other label www.reggaearchiverecords.com .”

Now back to the reissue business, and Mike’s recipe for finding new material to put out.
“Word of mouth, referrals, putting out great looking records and being nice people.”
It sounds easy, but it probably also means a great deal of work to compile compilations with hard to find golden nuggets or unreleased gems, Mike pays special praise to his Reggae colleague Martin Langford aka Dubmart who compiles the track running orders and writes the amazing sleeve notes, plus Steve street who does most of the mastering.

Jah Praises from Revelation Rockers is one of those gems. It was recorded in the late 70’s, but didn’t see the light of day until March 2012.
“Shocked, stunned, excited and motivated,” says Mike about his reaction when he heard about Jah Praises.

But this album is far from an exception in the increasing Bristol Archive catalogue, and the flagship compilations Bristol Reggae Explosion 1, 2 & 3 includes a great deal of unissued material. To me, it’s remarkable that a tune like Rise Up from Joshua Moses has been lying around in a drawer somewhere.
And happily enough Mike reveals that there are more to come.
“Joshua Moses’ Joshua to Jashwha 30 Years in the Wilderness is a must buy for any roots fan. It’s stunning.” 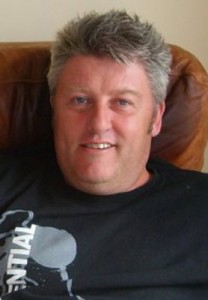