Reggae, roots, dub, lovers and how to do a compilation
It’s been a real pleasure discovering a label like Bristol Archive Records, that was brand new to me and seeing them to my mind at least grow and incorporate new elements and sounds with each new release. Their journey has led me from post punk Bristol (1977) to modern days via a newly re-energised Black Roots release which is actually covered later on in this piece). The label’s aim has always been; ” To showcase music from the diverse Bristol music scene and provide a historical account/document of all things Bristol that should never be forgotten. Many of the artists and releases are rare, unknown or never before released, with the original vinyl releases generally being limited to runs of 1,000 copies or less.” And you know what, as a music fan I just love the spirit of this label.
In fact that gets me thinking back to one of my previous incarnations, running a record shop in Cardiff, one where we built up what was probably the best collection of reggae this side of the Severn bridge, but even we missed what was going on not 50 miles away, probably down to the small pressings of the original material.
As I have said in numerous reviews of the Bristol scene, (all here on Uber Rock) I cannot believe the quality of the music I am now getting to hear in retrospect, each one as strong as the last. So what of the latest clutch of releases?
First up Dan Ratchet- ‘Jah Poor People’, well this LP is now getting a full release 26 years after conception, and you have to ask why?
The roll call of collaborators involved with the album include amongst others Aswad and Misty in Roots, for the London sessions and then over in Jamaica we have Earl “Chinna” Smith and Sly Dunbar in probably the most famous reggae studios in Kingston – Tuff Gong amongst others. With a pedigree this strong it was always going to be spot on, and it is, roots reggae with a lovers rock lilt and what makes this LP even more special is each track comes with the Dub version, (which reminded me a lot of Aswad’s ‘New Chapter in Dub’s’ similar feel) effectively giving you two LP’s for the price of one. Definitely an LP for any reggae fans collection.
Next up we have the aforementioned Black Roots- ‘On the Ground’ LP, now this is definitely something to be excited over as this the first new material from the band in 20 years and this new incarnation of the band certainly don’t disappoint. The messages within the music are as relevant now as ever, and it makes you realise how closely times today are mirroring what was going on back in the late ’70′s early ’80′s. Cultural and social commentaries and political viewpoints or standpoints are what made punk so relevant, what launched grunge and what gave birth to metal in the first place, and while you might not realise it all music forms its own sub-cultures, genres within the overall banner of music, all of which need to be appreciated in their own right. (Whether you then dismiss them, is down to your personal choice)
Listen to ‘I Believe’ that opens up this release, it’s simply stunning, also take a listen to ‘Pompous Way’, ‘Slavery’ or ‘Militancy’, and then tell me you are not impressed….Go on I dare you. To pick yourself back up during these times of cuts and similar bullshit give ‘Long, Long Ago’ a listen, or “Oh Mamma Africa” a listen, here you have two absolute stunners simply celebrating life. Roll on any upcoming live performances, because this music deserves to be heard in the dancehalls of the world.
Finishing up this feature I have to bring something that’s fresh for me, via this release from another of the major reggae labels Fashion, and a compilation called ‘Fashion In Fine Style – Significant Hits Volume 1′. Very much following a blueprint and how reggae has changed and evolved through the ages, my own preference is for the roots style particularly from the early 1980′s, the decade where this collection actually starts with Dee Sharp’s ‘Let’s Dub It Up’. What this LP actually does is take the listener through a voyage of discovery, from an initial lovers rock feel, but then moving in a more roots direction and then further onwards into true dancehall and sound-clash sounds before moving onwards to ragga, even pulling in some jungle remixing, before finishing with some classy dub. I have to admit that sound-clash and ragga is not for me and the jungle stuff lost me a bit, but overall this is a cracking compilation, especially for a starter in the wider genre who has no preference in style, boy what a place to start your reggae collection!
www.bristolarchiverecords.com
www.sugarshackrecords.co.uk
www.reggaearchiverecords.com
Review by Nev Brooks
Taken from: http://www.uberrock.co.uk/features/82-july-features/5629-brooksy-on-a-ragga-tip.html 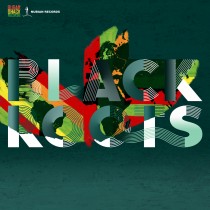