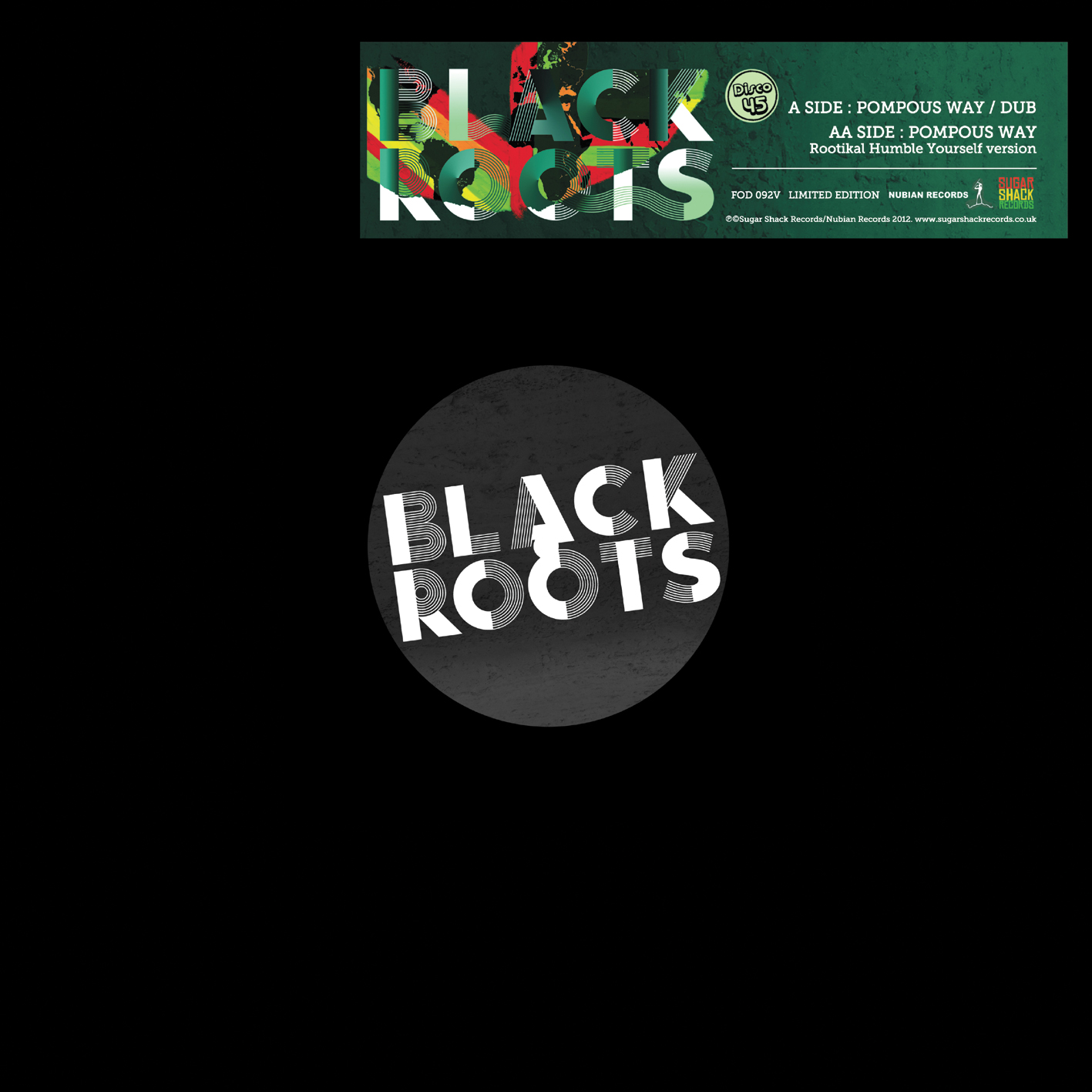 The double A side twelve inch vinyl release features an exclusive extended mix of the album version of “Pompous Way”, clocking in at nearly seven minutes the vocal is seamlessly followed by the dub in classic discomix fashion. Although recorded this year and dealing with the economic and political mess we are currently facing, the song doesn’t attempt to cater to any current fads. Instead it’s a slice of roots reggae the way it used to be, real musicians playing real instruments and singing about real problems.

For the AA side we have teamed up with Rootikal Productions, which is David Hill and Ashley Beedle – both men are long-time reggae lovers who bring a wealth of musical experience to the project. David is one of the people behind Rootikal, one of London’s most successful reggae nights, which has hosted some legendary guests including Cornell Campbell, Linval Thompson and Al Campbell – plus A-list selectors such as David Rodigan, Channel One and Aba Shanti I. He’s recently overseen the Rootikal Selection series of 45s, reworking versions of hard to find or unreleased Jah Thomas productions and re-editing dubs or adding trombone overdubs with Matic Horns. Prior to that, he worked with David Katz reissuing rare reggae on the Auralux label. Ashley is perhaps best known for his role in X-Press 2, The Black Science Orchestra and the Ballistic Brothers (also with David). In 2010 he recorded an album with reggae great Horace Andy, which led to a European tour. Ashley and David recently had the privilege of remixing several Bob Marley and The Wailers tracks after Island Records gave them access to the original Tuff Gong multi-track masters. They also present the Rootikal radio show together.

Rootikal were given free reign on the mix and their “Rootikal Humble Yourself Version” takes the track in a whole new direction. Shifting the emphasis onto the rhythm, the drum, the bass, the guitar, the horns and adding just a little melodica, the track is reinvented for the twentieth century. It becomes a lost classic from the late seventies and an entirely different listening experience.

In addition to the 12” limited vinyl, there is also a digital download available which adds a further two exclusive mixes from Oldwah, although this is his first official commission, Oldwah has been making his own unique reggae mixes for years and has built a large and loyal following on YouTube.
For further information on Rootikal please see www.rootikal.net

More information very soon on how to pre-order