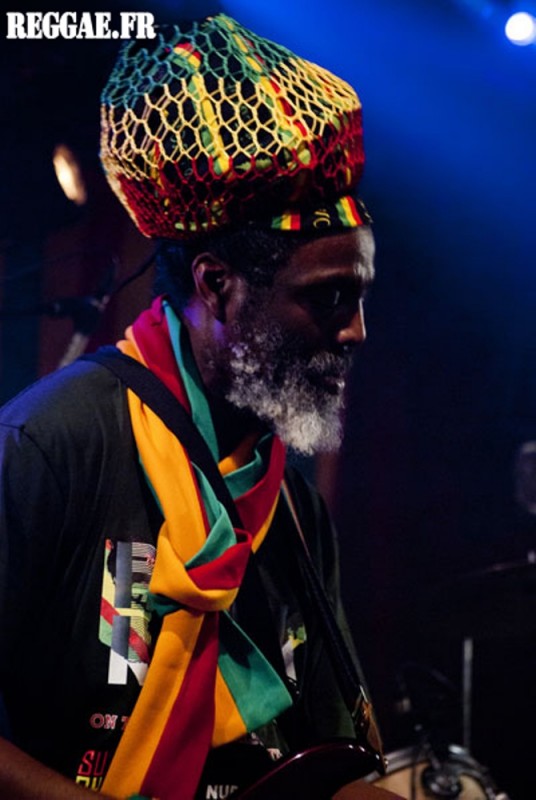 The year 2013 started pretty well this Saturday, January 5 with a concert eagerly awaited by lovers of roots. The first performance in Paris of the British group Black Roots will disappoint anyone – except those left outside without tickets, and forced to return home due to sold out. More than 1,200 people were pressed at the gates of Cabaret Sauvage for a moment that was, let’s not mince words, history. Back on this unique and unforgettable.

After a good selection of Ethiopian music and some classic early-reggae, a speaker not always very comfortable reminds us that the concert was held to celebrate the Ethiopian Christmas, the official date is January 7. Some info on Ethiopia (religion, calendar, customs) and go, members of Black Roots take the stage. The show begins with “Pin In The Ocean.” Those who still had doubts are reassured that the sound is heavy and voice bearing, the Black Roots vibes intact. The eight original members on stage, accompanied by a new bassist, and a horn section. It connects immediately with “Juvenile Delinquent”, one of the most popular titles in the group. Despite strong public reaction, no pull up. Same for “Africa” which receives a huge forward yet.

A shiver through the intro and each group takes care of us prescribe the same effect in the end piece. The four singers take turns effectively, leaving still pride to Delroy Ogilvie who impresses with his stage presence and his high-pitched voice, probably the most iconic of the group. “On The Ground” is the first track on the new album played. And surprise, it is much more convinced by the live studio version. Black Roots live succeeded in what they had partly missed out album, namely to maintain the level of their tunes of the 80s. We will be entitled to other new songs like “I Believe” and intro copper sensational “Pompous Way” that reap a pull up or “Mama Africa.” Not confused, the public is more receptive and even seems to know the band’s latest album. But what are the classic albums “Frontline” and “Black Roots” that mark the most. “What Dem A Do” reap one of the biggest ovations of the evening, while the flawless interpretation “Confusion” reassure everyone after a bad patch due to a slight technical problem. 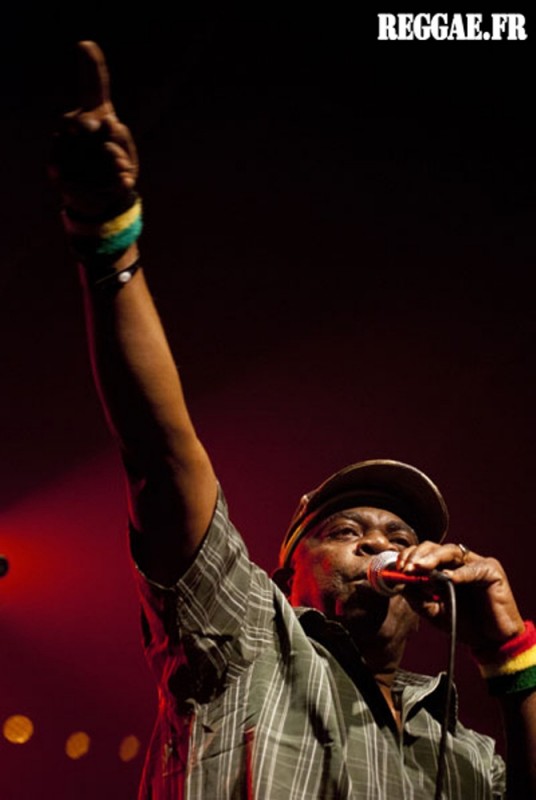 Let’s face it, the group is not the point of the line. Some hesitation, some uncertain glances and a few wrong notes, however, will not remove anything in the magic of this concert and spontaneity of performance. Words activists “Blackheart Man” does not prevent Errol Brown transmit his good humor to present massive. After an hour and a half show, the band left the stage before returning for a reminder of the most effective “Tribal War” remains one of the most memorable moments. After “No Fear” and very social “Opportunity”, the group remains on stage for a final moving on “Chanting For Freedom” where singers successfully invite the whole room jumping at the same time.

Nearly two hours of reggae melodies conveyor, thrilling harmonies and messages of hope, this is what the 1200 lucky here this evening attended. Between classical and new age in height, the English came warn us of one thing clear: Black Roots is definitely back … which bodes well, hopefully good things for festivals 2013.

Thank you for Mami Wata and Arka Productions for organizing and hosting.