Jashwha Moses is back. Having taken nearly three and a half decades between releasing his first single and his first album, last year’s career spanning “Joshua To Jashwha – 30 Years In the Wilderness”, on our sister label Bristol Archive Records, he’s wasted no time in following up its success with an album of brand new material, “No War On Earth” released by Sugar Shack
Records. 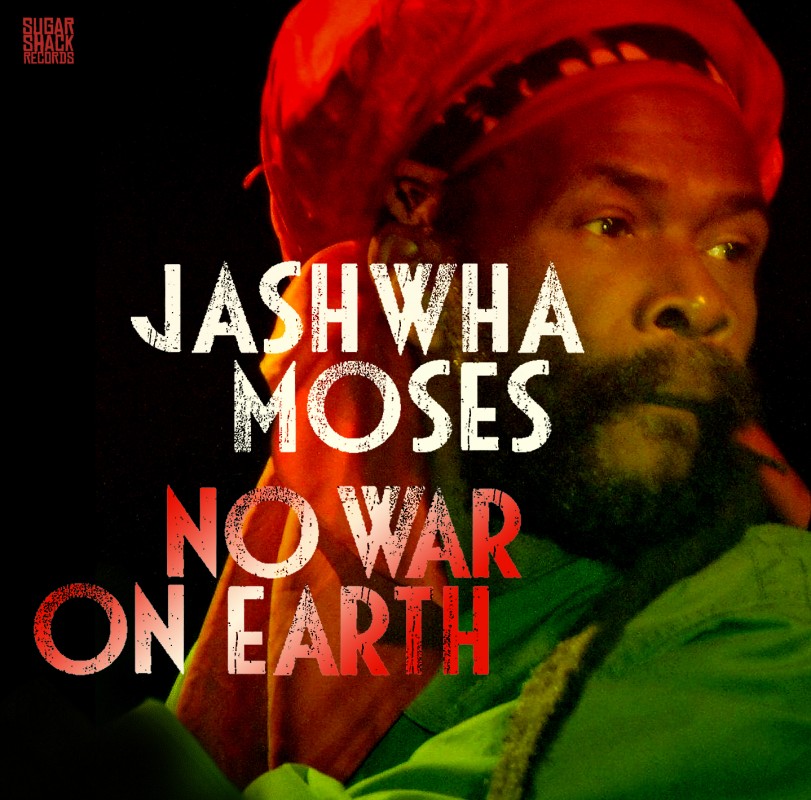 Continuing the themes that have infused his previous material, this is proper roots reggae, music with a strong social and spiritual message spread across nine vocals and six dubs. The music is brand new and yet instantly familiar, due to it’s classic reggae sound shaped by Jashwha’s long term collaborator and producer Mikey Taylor-Hall. In addition to brand new songs they have also reworked both “Jah Time Has Come” and “Steel” for inclusion on the new set, helping the sense of familiarity. This album symbolizes the birth of Jashwha reggae Jahggae.
Jashwha and Mikey have hand picked a new backing band and Jashwha has already started to take these songs on the road winning new fans as well as being a welcome return for those who remember his classic shows of old. 2013 looks like being a great year with many shows in the pipeline to support the new album.

Hot on the heels of Black Roots “On the Ground”, Sugar Shack Records continue their quest to bring back proper roots reggae with another outstanding set from Jashwha Moses and Mikey Taylor-Hall, “No War On Earth” is released on 8th April 2013 on CD and digital download, available from all leading retailers
.
PEACE AND LOVE