PIGBAG
‘Year of the Pigbag’
Set for release on Monday 25th March 2013 on CD & digital download, through Sugar Shack Records

Originally formed in 1980, Pigbag burst into the charts and the public consciousness with their first single, “Papa’s Got A New Pigbag”, a track that retains its dance floor appeal to this day. The band toured extensively in Europe, Japan and the United States, released two albums, appeared on ‘Top of the Pops’ twice and built a loyal fan base before they split in 1983 due to musical differences.
Pigbag were part of the first flowering of the Bristol music scene when the City’s musicians were creating their own unique synthesis of styles and finally being noticed by those outside the City. Perhaps if things had worked out differently Pigbag would have stayed together longer continuing to evolve musically and achieving more of the success they deserved. Now they have a second chance.
Thirty years after they split up, Sugar Shack Records are extremely pleased to announce that not only are Pigbag back with founding members Chris Lee and Ollie Moore as well as original member Kofi Adu, but they have recorded an album of brand new material entitled “Year of the Pigbag”.

Having spent the intervening years playing with groups as diverse as the Pogues, Abyssinians, Neneh Cherry, Osibisa and Mulato Astatke, the trio of original members were inspired by the re-release of their back catalogue to reform and recruit five new and very talented musicians who shared their vision of fusing African grooves, jazz, latin, funk and dance beats into a heady new cocktail to invigorate the 2010s just as they did the 1980s.
With the classic eight piece line-up and full brass section, just as when they started in Bristol, the band’s new material is a joyous fusion of propulsive basslines, catchy horns and irresistible percussion all seamlessly blended into a heady mix that finds your feet tapping along as the urge to dance takes over. I can’t wait to see the band live as this CD is a nonstop dance party of the highest order with echoes of the JBs, Fela Kuti and Sun Ra’s Arkestra yet entirely different and their own unique creation, with music this catchy perhaps 2013 will be the year of Pigbag.
“Year of the Pigbag” is released on CD and digital download by Sugar Shack Records on 25th March 2013, available from all good retailers. 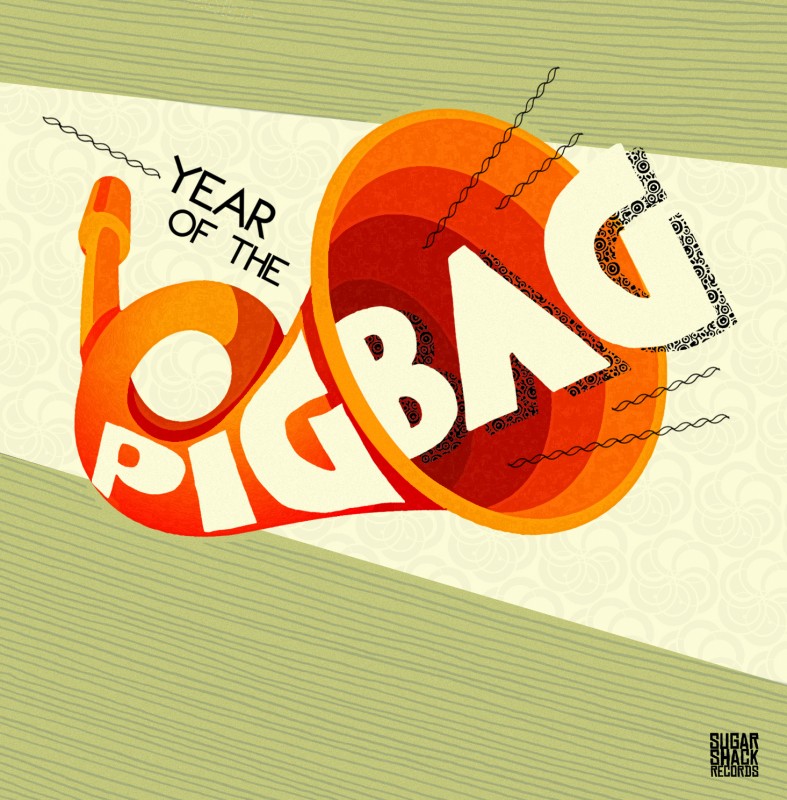