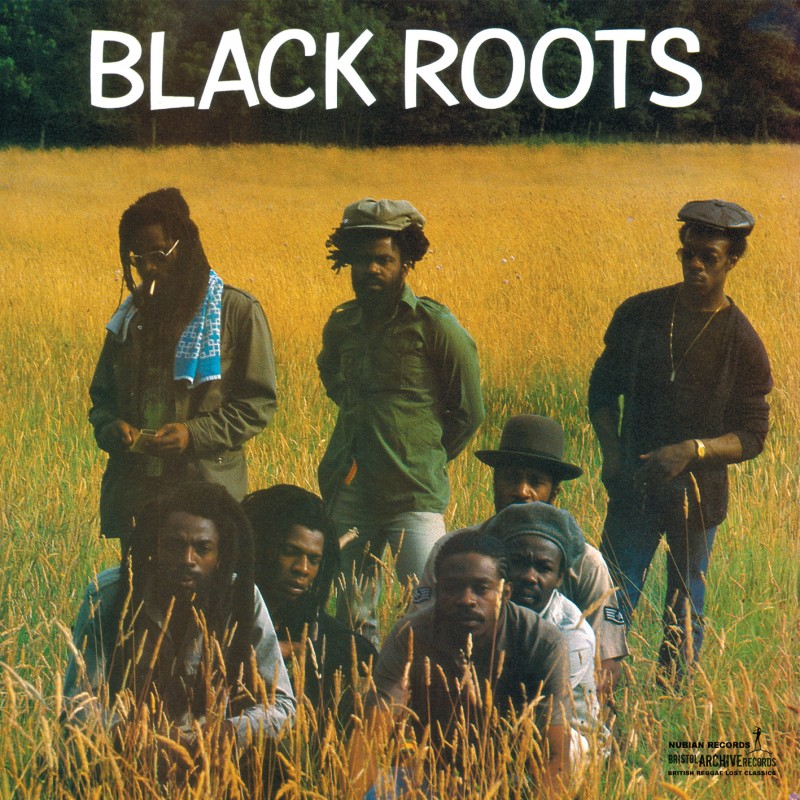 With the release of the latest Black Roots album “On The Ground” and its dub counterpart “On The Ground In Dub” via our sister label Sugar Shack Records, Bristol Archive Records decided to do something special to celebrate the band’s return to the studio. What could be better than a very special reissue of Black Roots self-titled first album, released to coincide with its 30th anniversary and, as this will be a vinyl only release we thought we’d combine it with this year’s Record Store Day event.
“Black Roots” was originally released in 1983, by which time the band was established as one of the UK’s leading live acts with a strong repertoire of socially aware songs reflecting the issues of the day. When it came to their first album, they chose eight of their strongest tracks and assembled what was to become one of the classic British reggae albums of the decade.
Featuring the tracks; “The Father”, “Survival”, “Juvenile Delinquent”, “What Them ‘A Do”, “Opportunity”, “Tribal War”, “Africa” and “Move On”, the album covers themes of social alienation, deprivation, repatriation, Rastafari, violence within the black community and ends, with the tale of a failing relationship. Three decades later, many of the songs are just as relevant and provide the perfect complement to their latest recordings.
This new release will be strictly limited to 500 copies worldwide. 400 copies will be available for Record Store Day, 22nd April 2013, at participating retailers and feature a facsimile of the original sleeve, whilst 100 copies will be available directly from Bristol Archive Records and very select retailers and feature a unique handmade screen printed sleeve as well as being individually numbered, a very special edition.
This is the first time this album has been available on vinyl for twenty five years and there is every likelihood that demand will outstrip supply so be sure to grab your copy.
www.bristolarchiverecords.com / www.nubianrecords.co.uk