Following the 2011 release of “Black Roots – The Reggae Singles Anthology ” and the 2012 rerelease of “All Day All Night” deluxe version by reissue label Bristol Archive Records, Black Roots and their label Nubian Records have now teamed up with Bristol Archive’s parent label Sugar Shack Records to release their brand new album “On The Ground”.
It may be more than twenty years since the original line up were together in the studio, but for their new record they’ve picked up where they left off and are right back in that classic Black Roots groove that will keep their existing fans happy and appeal to a whole new generation of reggae lovers, many of whom weren’t born when Black Roots released their string of classic records.
The music is entertaining and upbeat, but it is still roots music. These songs have a social message that is just as relevant in the troubled world we inhabit in 2012 as the band’s songs were during the ups and downs of the 1980s.
Opening track “I Believe” makes it clear that for all the progress we’ve made, for many people life today is just as hard as it’s ever been. Surviving the system isn’t easy. Second track “Pompous Way” is also concerned with society, but this time with fixing it and reaching out to the next generation rather than labelling them as the problem. The music itself harks back to Black Roots of old and other than the mention of the digital age could easily have been recorded thirty years ago.
Another song that sounds like it could have come from the band’s first incarnation is “Militancy” definitely sounding like Black Roots of old and also touching on the theme of slavery, a theme that receives further exploration in the aptly titled “Slavery” recalling the memory of the great evil that befell millions of Africans and their descendants.
There are more upbeat songs recalling a life in rural Jamaica with “Long Long Ago” or celebrating Africa with “Oh Mama Africa.” In fact whatever the message the band are delivering they still do it with great and enjoyable music, the new members of the band more than earning their place alongside the founding fathers.
More than three decades after they formed, Black Roots are back with a brand new 17 track CD album that defies the passage of time and will appeal to all reggae fans, released on September 10th on CD, limited edition vinyl and digital download, available from all good retailers. 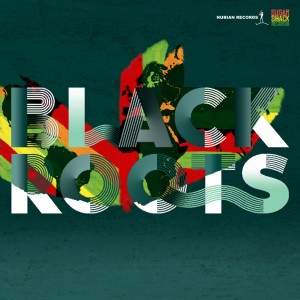