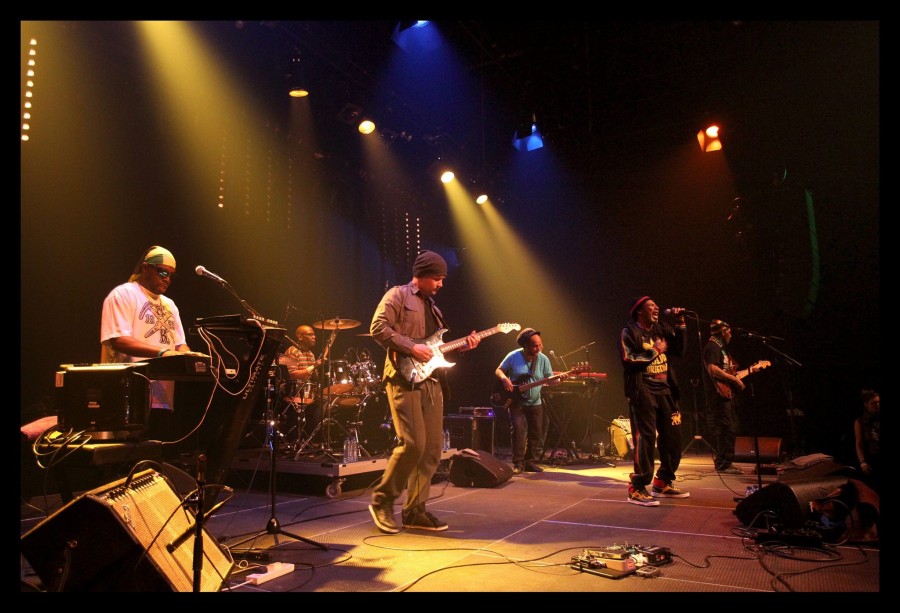 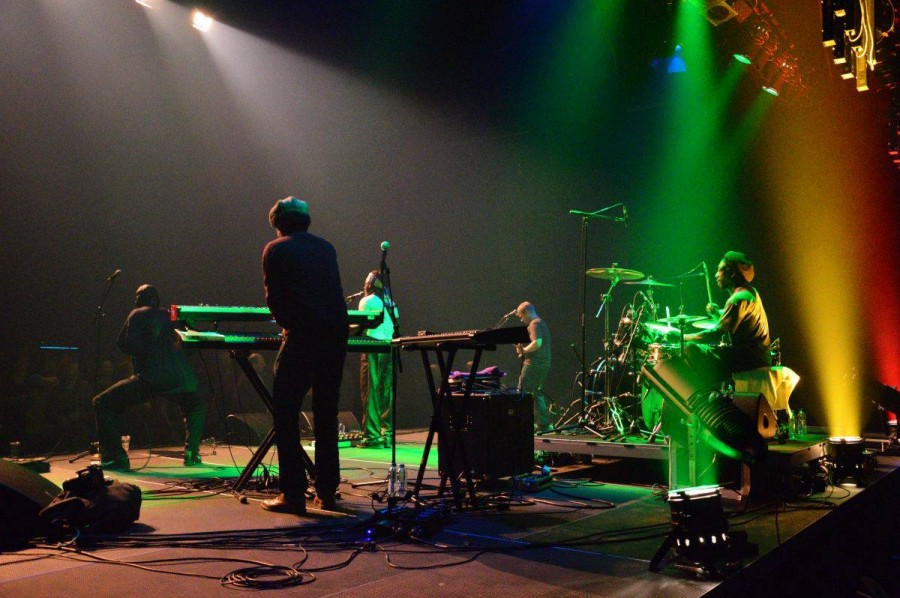 Capital Letters Vinyl and CD ‘Wolverhampton’ in the house! 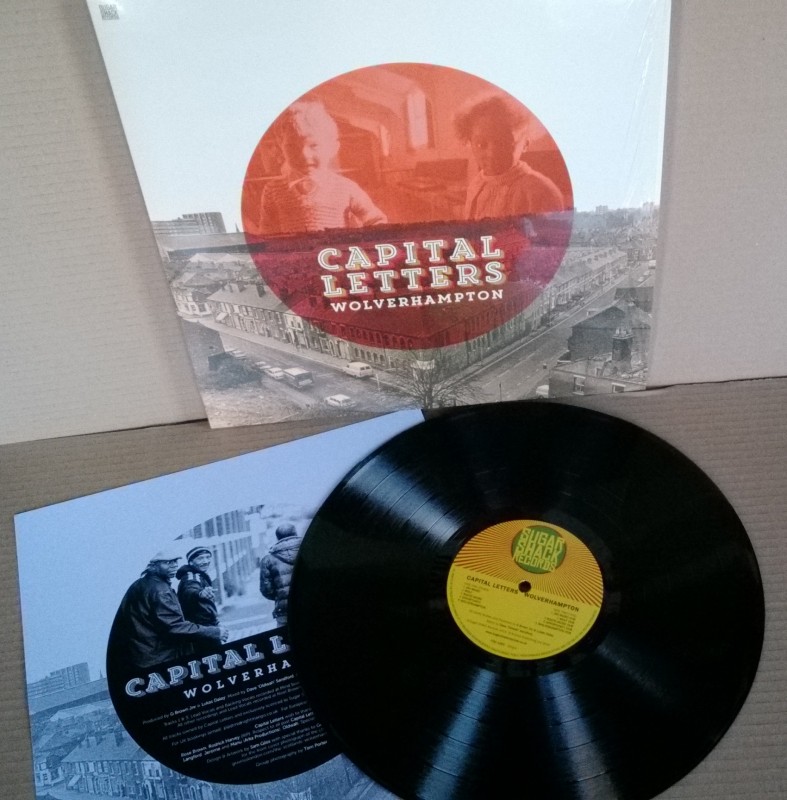 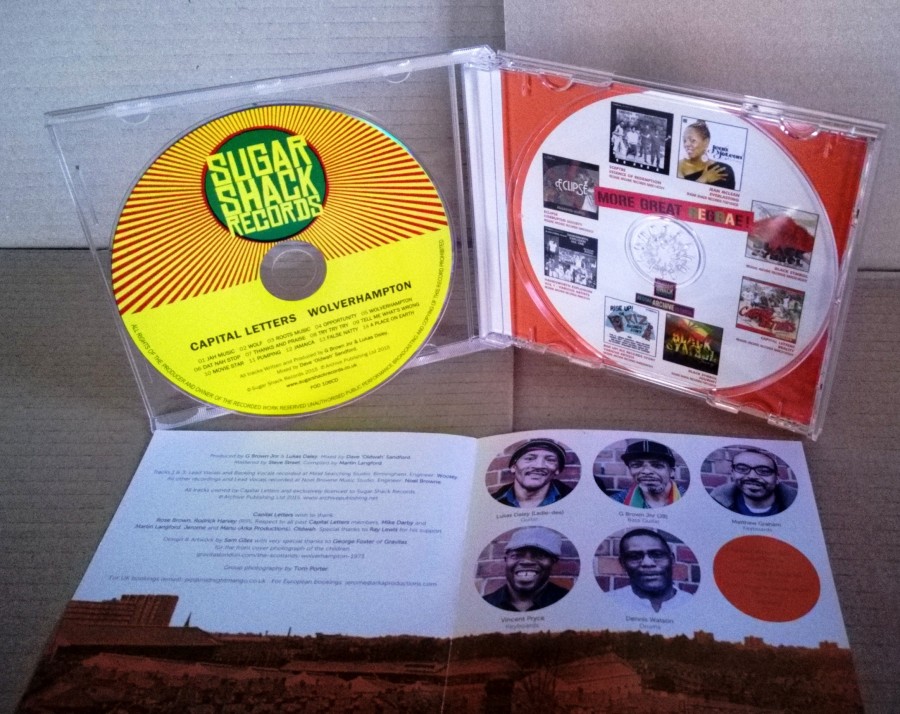 The Legends of Legends

Jean McLean aka Sceptre opening the show at The Legends of Legends Lovers Rock showdown at The Drum in Birmingham last weekend. Your can pick up a copy of her new album by visiting the record shop at www.sugarshackrecords.co.uk 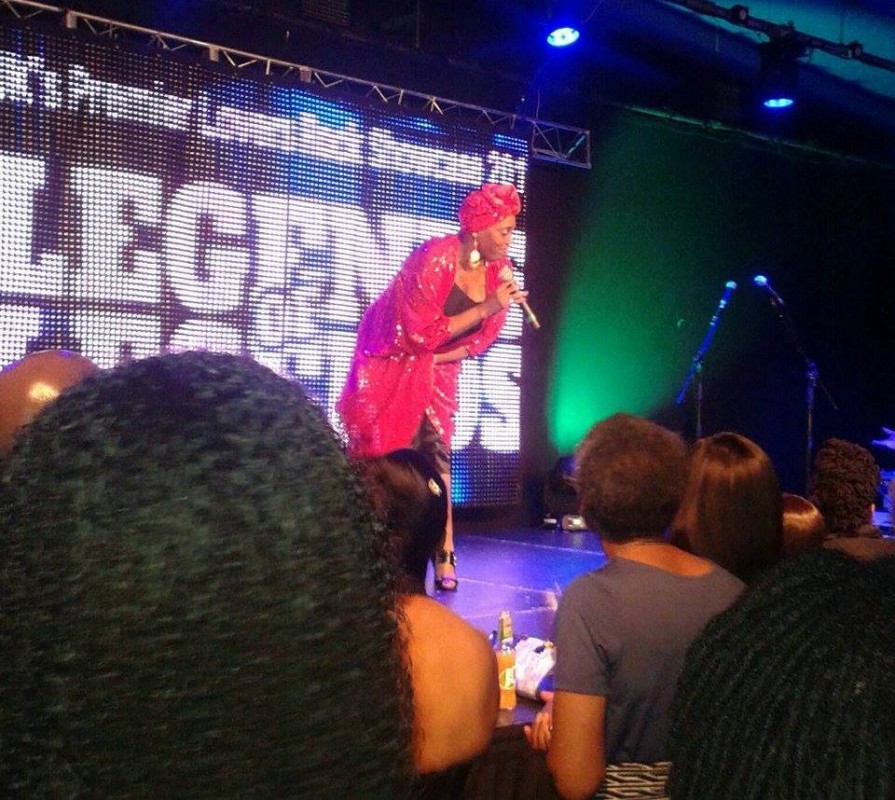 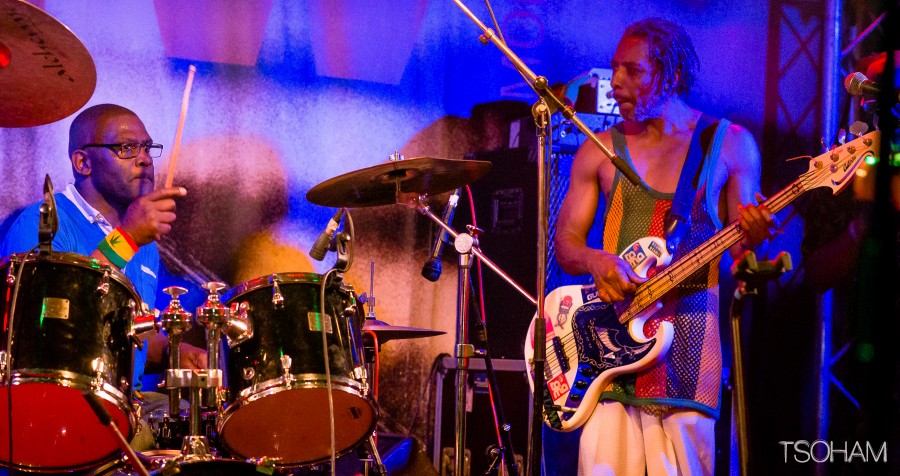 Jashwha Moses with Full Force & Power
New album soon come. The track listing for the LP is as follows:
1. What a Situation
2. Crazy (version)
3. Rise Up
4. No! Not I and I
5. Do Not Weep (A Meditation)
6. People Of Power
7. I Believe
8. Nothing To Lose
9. Bad Situation – (Feat Moonsy v The Masked Musikian)

To be released on www.sugarshackrecords.co.uk 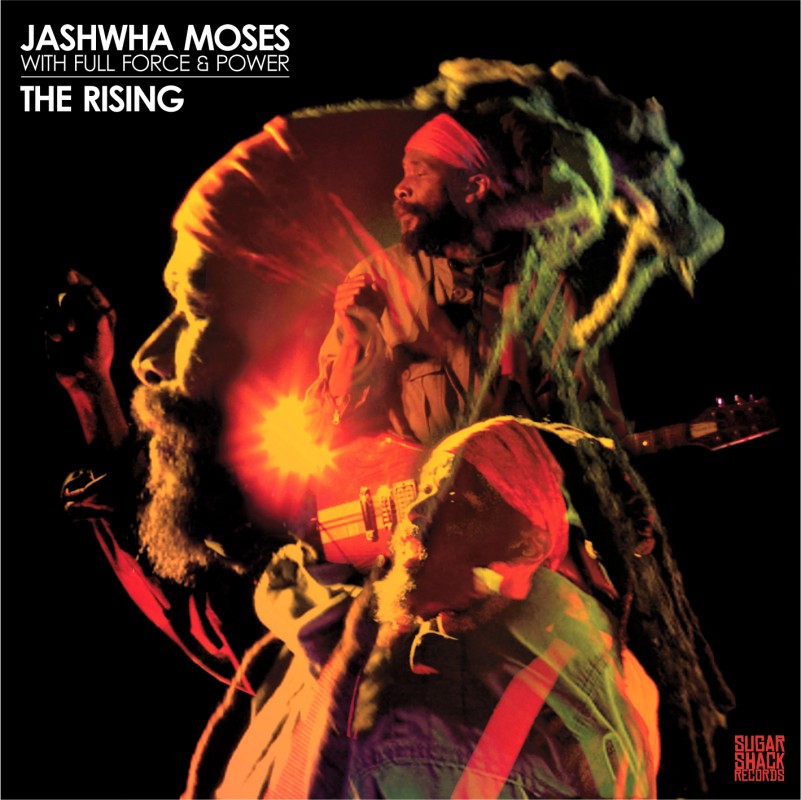 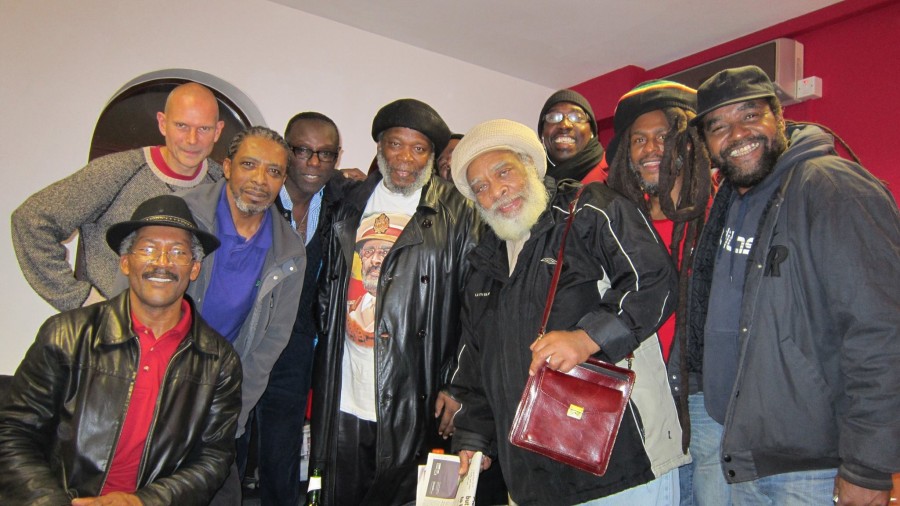 Jashwha Moses with Full Force and Power ‘The Rising’
Nine tracks on the LP, 12 on the cd and digital.
80 copies on Red Ltd Edition vinyl, the remainder on black wax.
Soon come in 2015 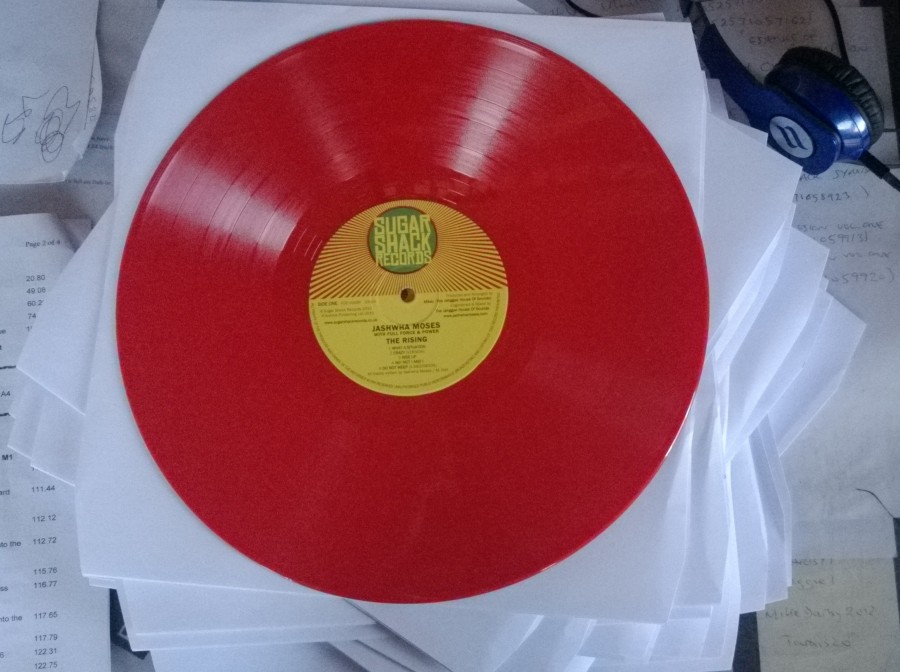 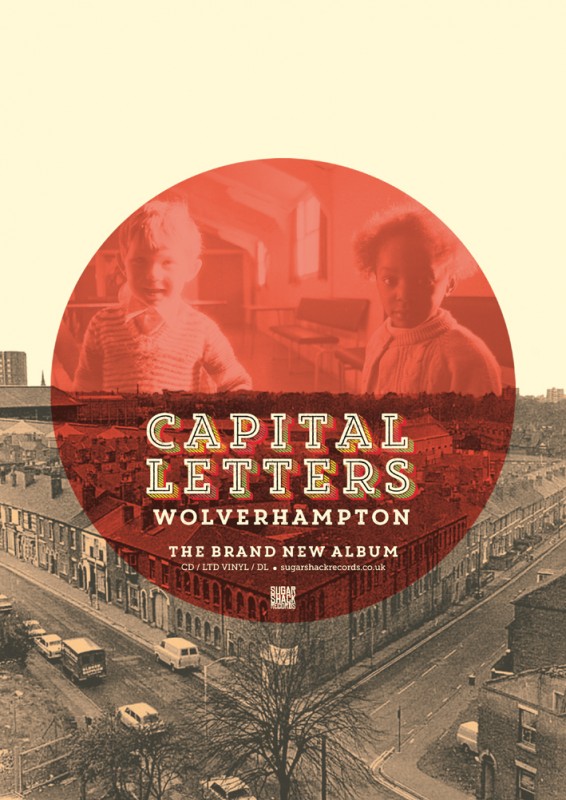 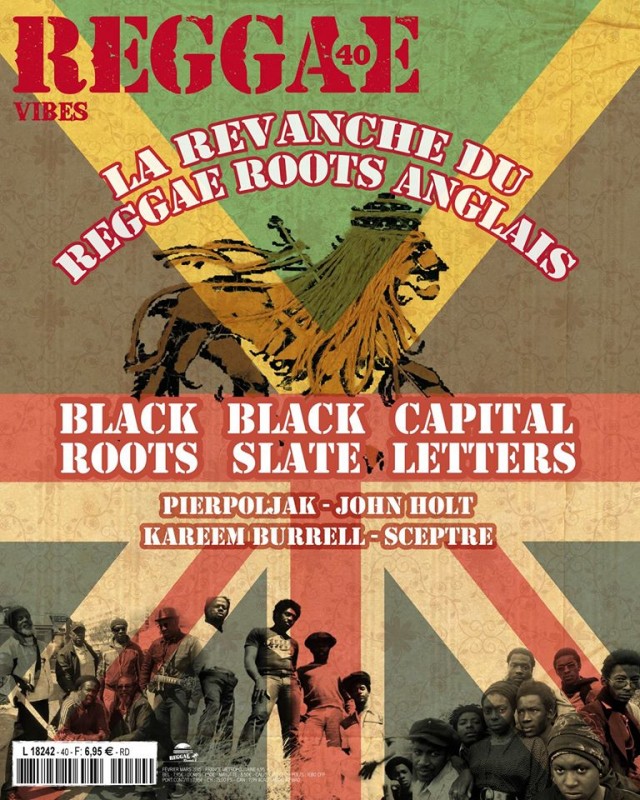 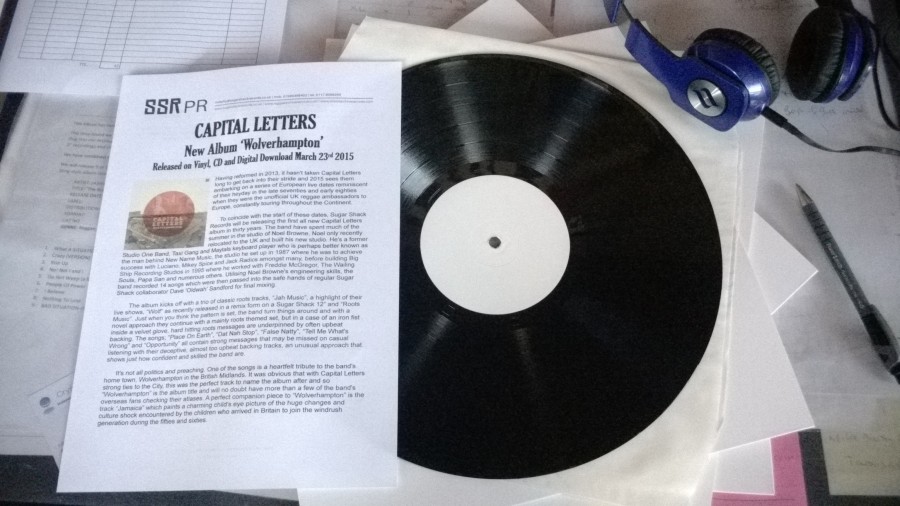 Black Symbol ‘Journey’ – One of the best reggae album releases of 2014!

Black Symbol album ‘Journey’ is listed by Record Collector Magazine as one of the top new releases of 2014. Check it out: http://sugarshackrecords.bandcamp.com/album/journey 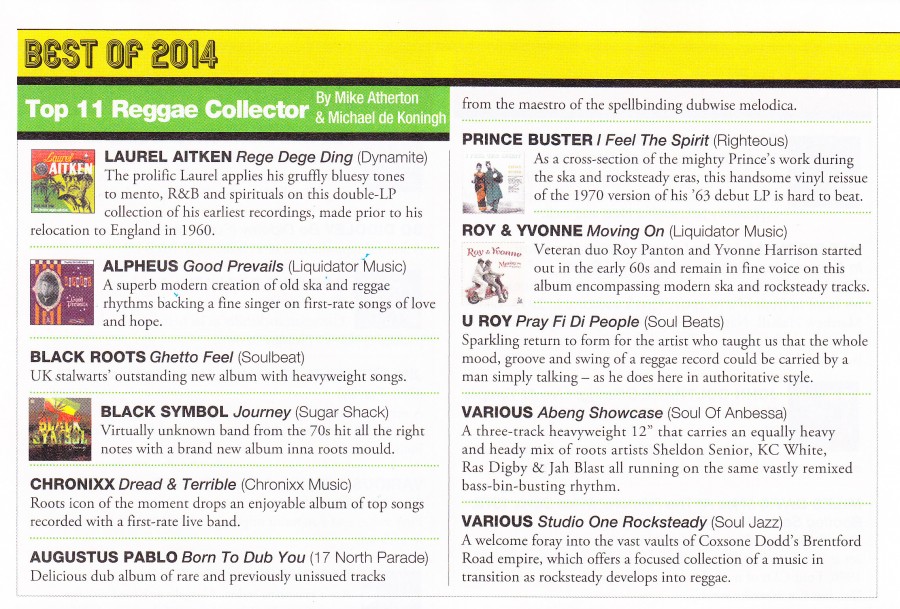 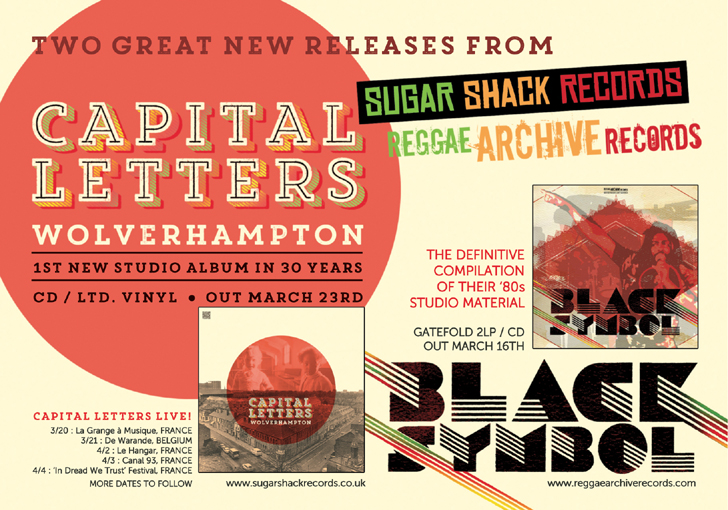 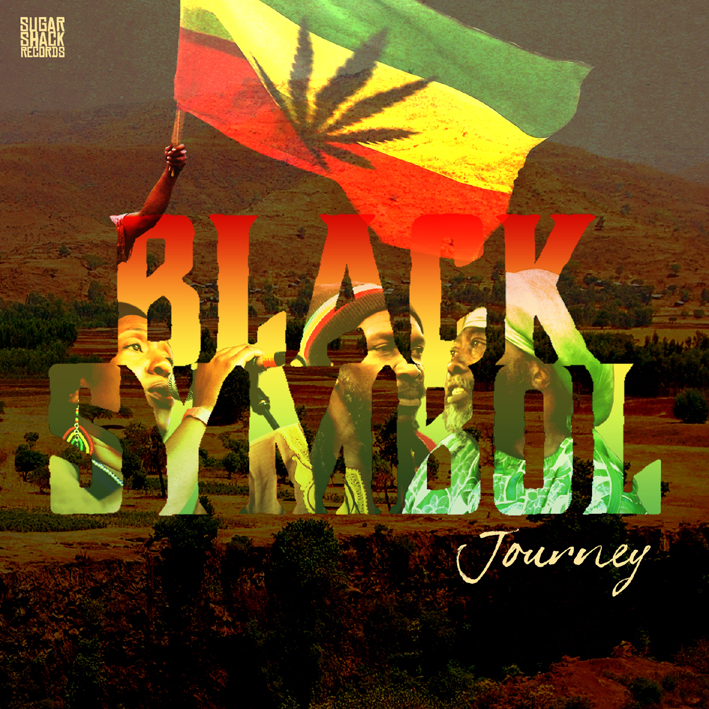 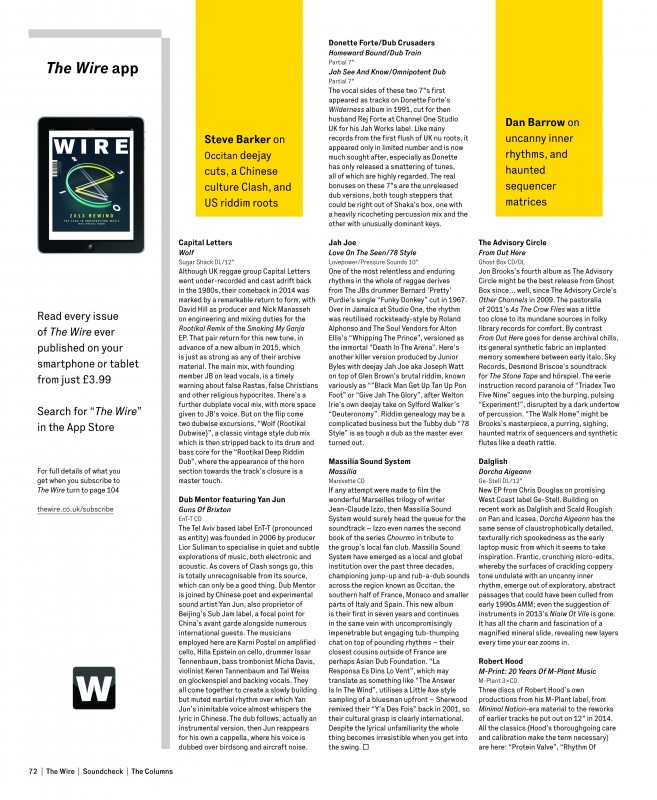 Having reformed in 2013, it hasn’t taken Capital Letters long to get back into their stride and 2015 sees them embarking on a series of European live dates reminiscent of their heyday in the late seventies and early eighties when they were the unofficial UK reggae ambassadors to Europe, constantly touring throughout the Continent.

To coincide with the start of these dates, Sugar Shack Records will be releasing the first all new Capital Letters album in thirty years. The band have spent much of the summer in the studio of Noel Browne, Noel only recently relocated to the UK and built his new studio. He’s a former Studio One Band, Taxi Gang and Maytals keyboard player who is perhaps better known as the man behind New Name Music, the studio he set up in 1987 where he was to achieve success with Luciano, Mikey Spice and Jack Radics amongst many, before building Big Ship Recording Studios in 1995 where he worked with Freddie McGregor, The Wailing Souls, Papa San and numerous others. Utilising Noel Browne’s engineering skills, the band recorded 14 songs which were then passed into the safe hands of regular Sugar Shack collaborator Dave ‘Oldwah’ Sandford for final mixing.

The album kicks off with a trio of classic roots tracks, “Jah Music”, a highlight of their live shows, “Wolf” as recently released in a remix form on a Sugar Shack 12” and “Roots Music”. Just when you think the pattern is set, the band turn things around and with a novel approach they continue with a mainly roots themed set, but in a case of an iron fist inside a velvet glove, hard hitting roots messages are underpinned by often upbeat backing. The songs; “Place On Earth”, “Dat Nah Stop”, “False Natty”, “Tell Me What’s Wrong” and “Opportunity” all contain strong messages that may be missed on casual listening with their deceptive, almost too upbeat backing tracks, an unusual approach that shows just how confident and skilled the band are.

It’s not all politics and preaching. One of the songs is a heartfelt tribute to the band’s home town, Wolverhampton in the British Midlands. It was obvious that with Capital Letters strong ties to the City, this was the perfect track to name the album after and so “Wolverhampton” is the album title and will no doubt have more than a few of the band’s overseas fans checking their atlases. A perfect companion piece to “Wolverhampton” is the track “Jamaica” which paints a charming child’s eye picture of the huge changes and culture shock encountered by the children who arrived in Britain to join the windrush generation during the fifties and sixties.

Co vocalist Lukas doesn’t forget his past as a Lovers Rock artist and we are treated to a solitary love song with “Movie Star”. Lukas puts in such a consummate performance, it makes one hope the band will record more material along similar lines in future.
Capital letters are a band at the top of their game; they have maturity, confidence and musicianship to spare. This is a deceptive album, the more you listen the more it reveals the depth of quality within, good on first listen it grows in stature and really rewards repeated plays.

“Wolverhampton” is released by Sugar Shack records on 23rd March 2015 as a digital download and compact disc available from all leading sites and retailers, there will also be a limited edition vinyl album containing the first five tracks along with their accompanying dub mixes. 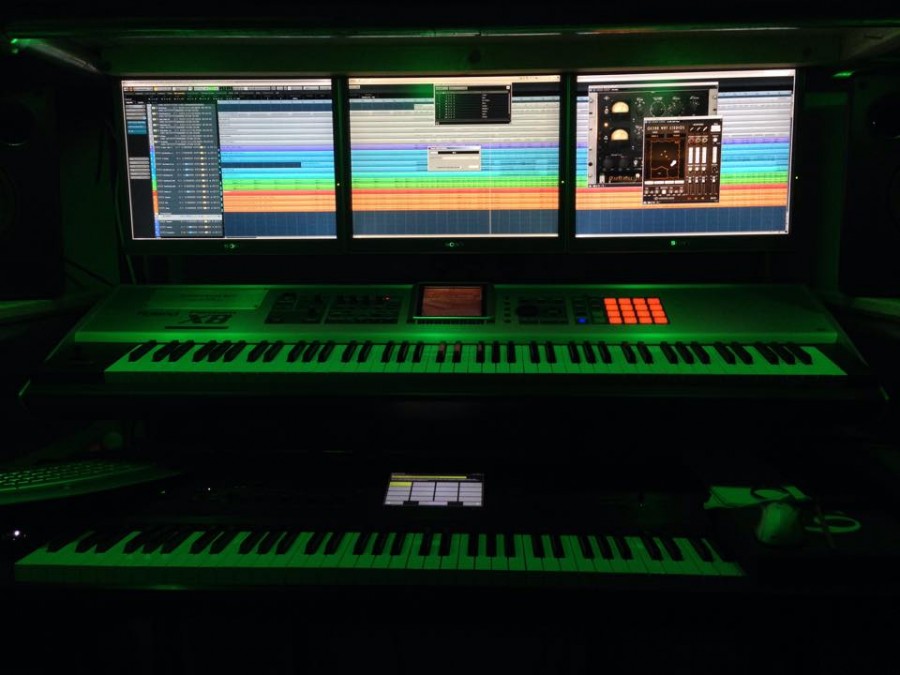 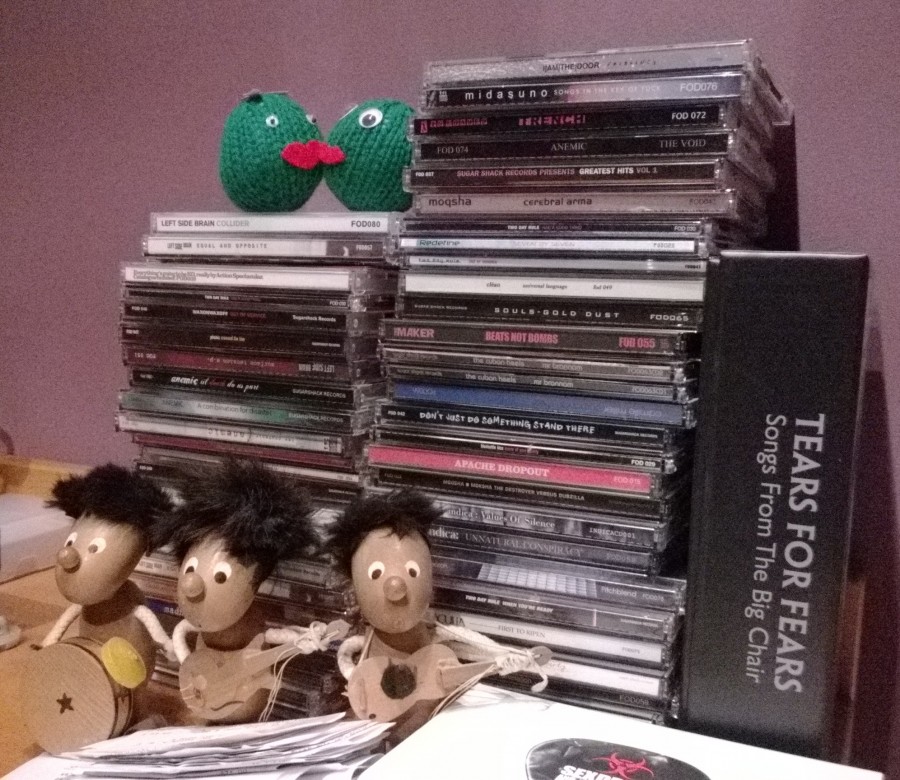 Jean McLean from Sceptre – 5 STAR review in Record Collector in the shops today (W H Smith, Sainsburys etc etc)
You can buy from the record shop on our site 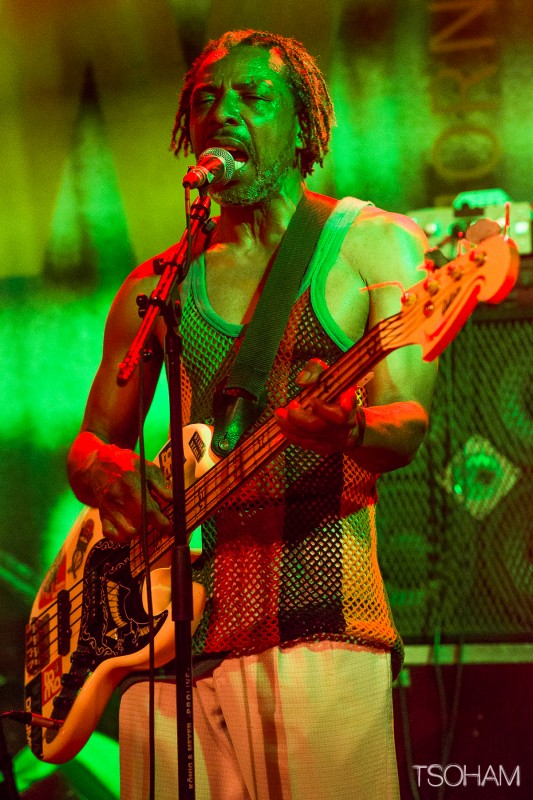 Merry Christmas and thanks for your support People in 2014 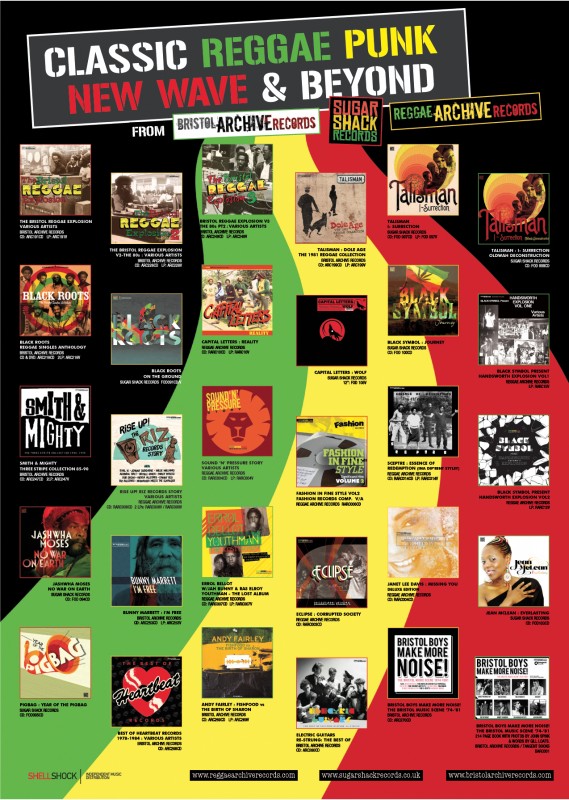 ‘Wolf’ has landed. The first brand new recordings from Capital Letters since 1985. You can buy now from following the link: http://www.sugarshackrecords.co.uk/record-shop/ 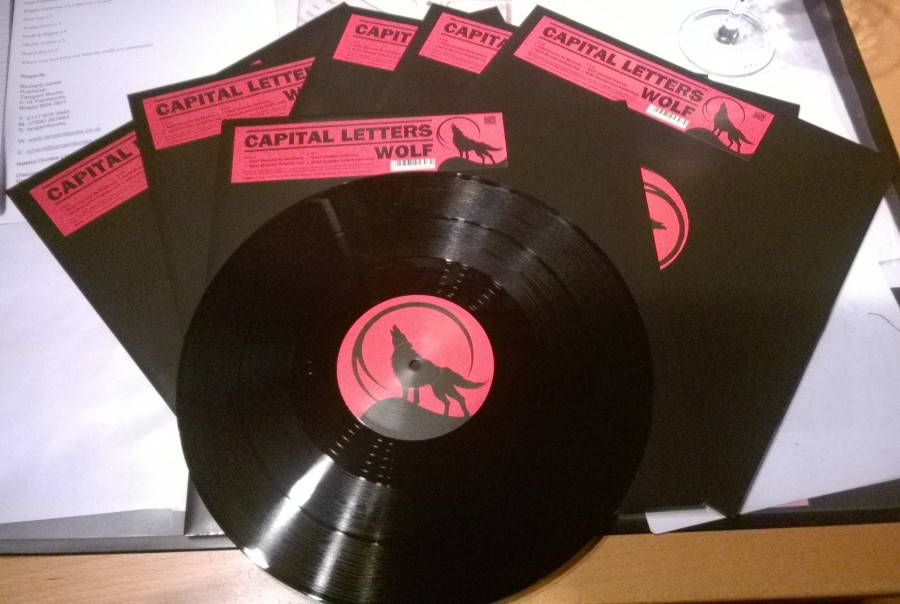 The new album drops in the spring of 2015 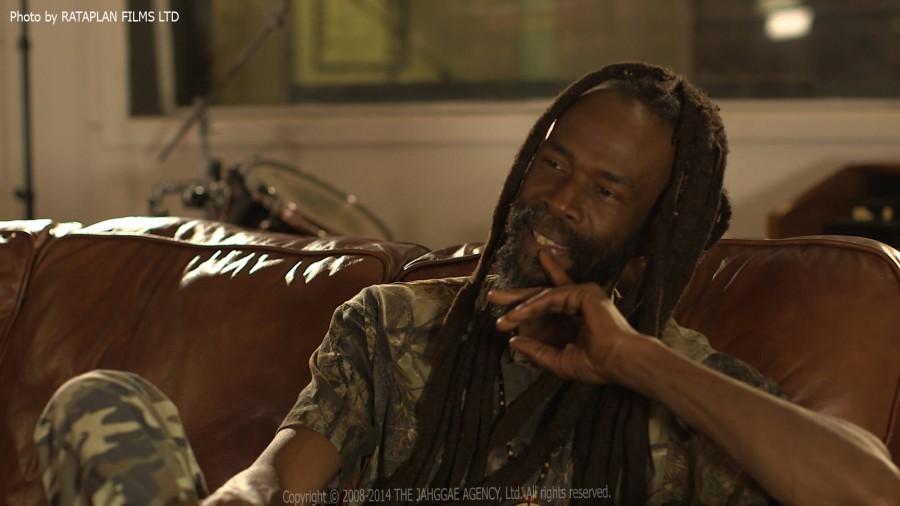 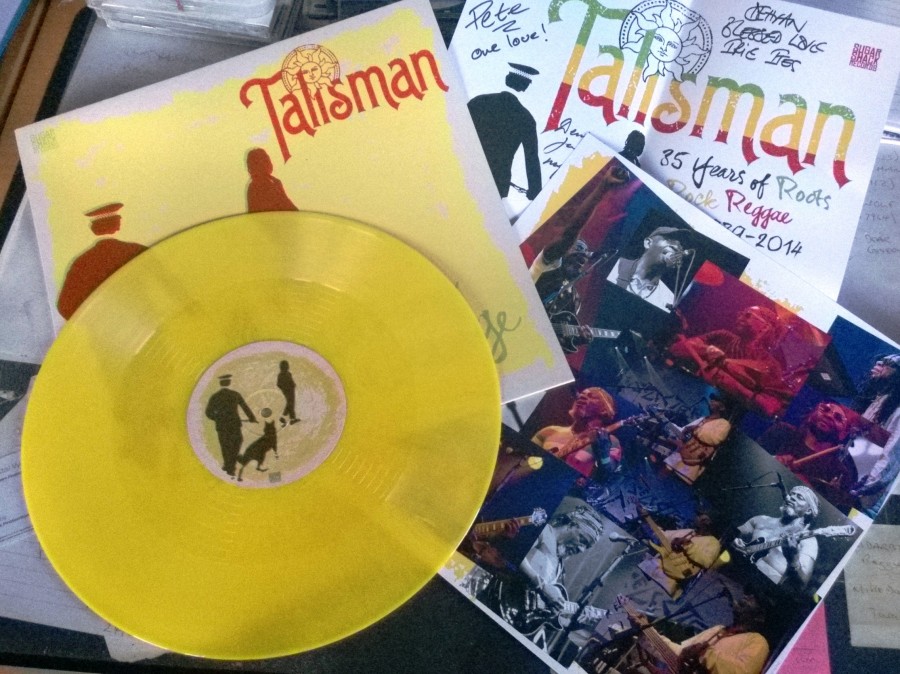 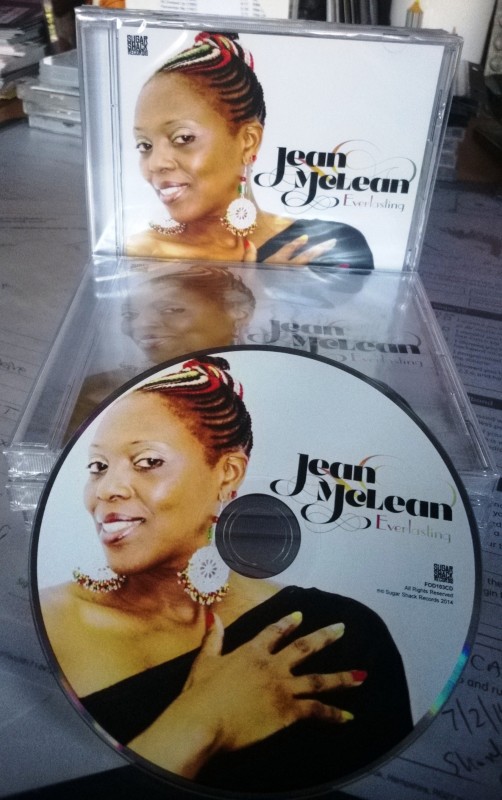 New single coming your way in November. First brand new recordings from the band in 2014.
CAPITAL LETTERS
‘Wolf’
2014 has been a comeback year for legendary British reggae band Capital Letters. Reforming after three decades they have performed at well received gigs in England and France, released the 1980s recorded “Reality” album and a truly excellent 12” remix EP on our sister label Reggae Archive Records.
As well as performing live shows, the band have found time to return to the studio and record new material for a brand new upcoming album to be released in 2015. The team of David Hill on production and Nick Manasseh on engineering and mixing duties, who were responsible for the “Smoking My Ganja” Rootikal Remix EP, were keen to collaborate with the band again. Having chosen one of the new songs “Wolf”, they were given a free hand to mix their own versions.
The results of this second meeting between Rootikal Productions and Capital Letters, is a four track twelve inch featuring four different cuts of “Wolf”, a brand new track from Capital Letters but with the authentically vintage feel you can only get from a band that started out in the early 1970s. The sound has been skilfully enhanced by David Hill and Nick Manasseh, a team that appreciate the subtleties of the classic reggae mix.
Side A leads off with “Wolf (Rootikal Re-Mixdown)” the main vocal mix, with founding member JB on lead vocals warning us about false Rastas, false Christians and hypocrites in general. Both lyrically and production wise this could be a lost recording from the 1970s, proper old school roots reggae, “Wolf leave the sheeps and the shepherds alone”. The A side is completed with a second vocal mix in the shape of “Wolf (Rootikal Dubplate Mix)” a sparser mix where the vocals are given more room to breathe.
Side B provides the perfect compliment with some mellow dub vibes with “Wolf (Rootikal Dubwise)” a proper vintage style dub mix. David Hill and Nick Manasseh then strip the track back to its rhythmic essentials with “Wolf (Rootikal Deep Riddim Dub)”. Four excellent cuts, something to please all roots and dub fans and an ideal taster for next year’s brand new album release.
Capital Letters “Wolf” on Sugar Shack Records is released as a limited edition 12” vinyl single and digital download on 24th November 2014 and will be available from all usual outlets. 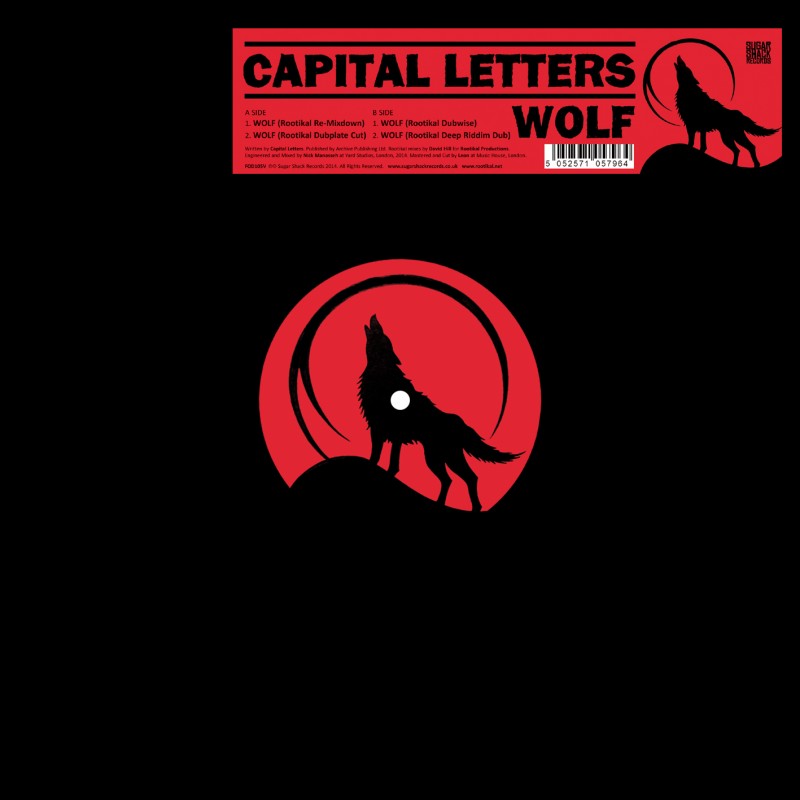